No matter how good you are, ultimately you aren’t any better than the speaker that’s reproducing your sound.

For example, I assume a W powered mixer means W per side, right? Just about any 8 ohm cabinet will do. In the smallest usable PA you really want to start at rms watts speaker or watts into 4 ohms. My bands Facebook page, https: Are the speakers just for rehearsals or are you going to use them for FOH?

Totally agree about buying quality equipment. Don’t do what we did. The earlier they learn to control stage volume the better off they, you and their eventual audiences will be.

Weren’t excessive subs one of the disco inovations? What RoadRanger suggests may or may not be. Bass, Drums, Guitars, and Keys? If the band breaks up, you don’t lose as much value.

My son and most of his bandmates are School of Rock students, so they are getting excellent instruction on performance techniques. At one point a Ford Model T was just pq620 for transportation, too. Welcome to the forum.

There’s also a negative side. I suggest picking up some wedge monitors so you can carrvin them for rehearsals and as monitors live. This should help them learn that the best sound comes from lower stage volumes. You just have to decide the priorities.

Cheap stuff isn’t much cheaper, but it has nearly no resale value. Just like most of us started out. The mixer should be adequate for vocals at rehearsals but probably not live. That means that each 8 ohm speaker would only get watts from the PA We ended up with the actual FOH speakers we wanted in the end.

I took the Road less traveled Ultimately you want something that is very efficient too. IMO, the lowest price speaker worth owning is a Yamaha Club series. I owned and worked with small PAs back in my teens, a long time ago No subs were being used in that college town back then by anyone. They are plywood, use light neodymium magnets in the woofers, a real compression driver for the highs, and a truck bed liner like finish, which many prefer to the carpet “rat fur” of most cheaper cabinets.

I use 4 floor wedge monitors. I use it as my personal monitor on stage and its clearer than the peaveys that we also use. Not a hope in hell.

Doesn’t have to be the top of the line. I started out with a couple of 12″ Club series and a low wattage powered mixer for practices myself. I don’t know about the speakers being suggested, but the Yamaha’s are reasonably efficient. This is a good thing. 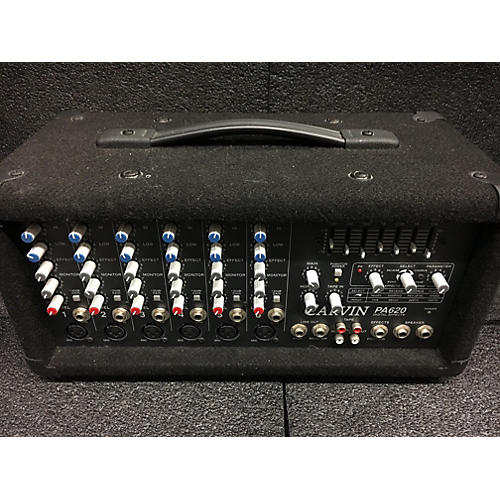 That amp isn’t putting out much power, but an efficient speaker can make up for that. This was one reason I decided farvin PA was a good deal — my son said they often mix the monitors and mains differently at shows to keep their stage volume in check. There’s nothing to see here. Help FAQs Go to top.